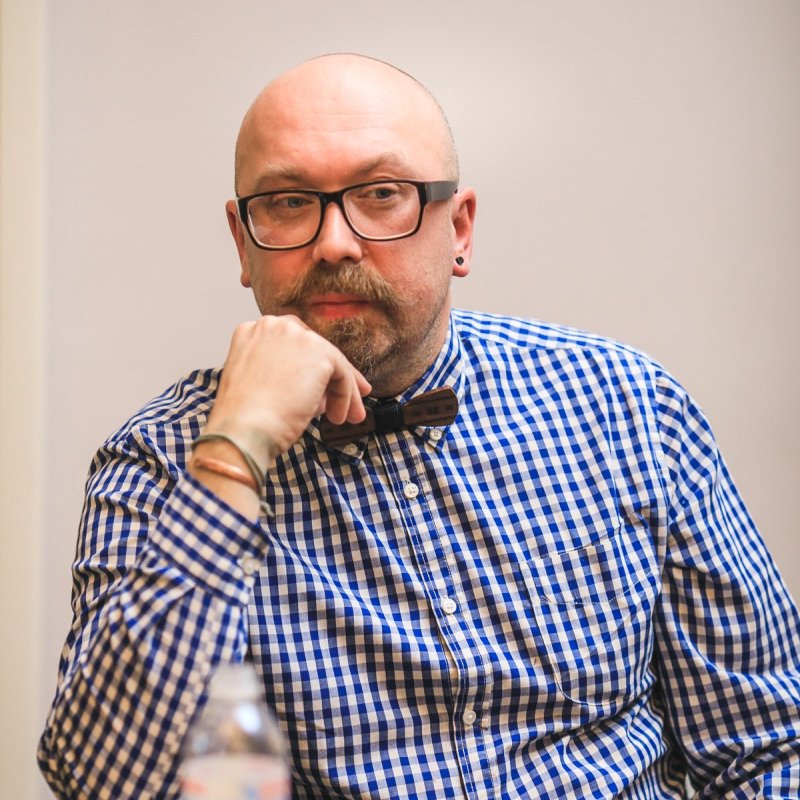 In 2014-2019 he studied at the doctoral program at European University Institute in Florence. He works at the Center for Urban History and teaches at Ukrainian Catholic University in L’viv. The main focus of his work is media history and the history of television in East Central Europe and the Soviet Union, as well as the interaction of digital history and traditional historiography. He is also interested in media arts, visual studies, urban spatial practices, and urban creativity.